Must provide broadband speed of 25 Mbps/3 Mbps; Town must have at least 500 residents to qualify

“The long-term success of our economy will be determined by the resources our entrepreneurs have access to, and high-speed broadband is at the top of that list,” said Governor Hutchinson. “The Arkansas Rural Connect program is an important tool that will allow the state to assist our local communities with the critical funding necessary to reach our goal of statewide connectivity. I will be asking legislative approval for the $25 million broadband plan.”

Of this $25 million plan, the Arkansas Legislative Council is able to approve $5.7 million this year, and the balance will need to be appropriated in next year’s fiscal session.

The ARC program builds on the work of the Arkansas state legislature, which, on February 26, 2019, opened up new possibilities for Arkansas towns by enacting Act 198 of 2019. Before Act 198, government entities were forbidden to provide broadband to the public by the Telecommunications Regulatory Reform Act of 2013.

Act 198 gave municipalities and other public entities new options to apply for funding to deploy broadband, but at that time, no state program existed that would allow municipalities to exercise their new powers under Act 198. With the introduction of the ARC grant program, towns will now have opportunities for funding from the state.

“One of the first infrastructure questions potential economic development prospects ask is regarding the speed of information across the state,” said Commerce Secretary Mike Preston. “As we build out the system with help from funding through the Arkansas Rural Connect program, individuals, schools and companies will benefit and create a new environment for learning and commerce.”

Detailed rules for the ARC grant program will be developed in consultation with stakeholders in the near future. Citizens may look for the grant program to prioritize applications that:

While the Governor’s goal and the Arkansas Rural Connect grant focus on cities and towns, the State Broadband Office will also seek to promote broadband connectivity in rural areas and throughout the state. Federal grants and loans from federal agencies like the Federal Communications Commission (FCC), the U.S. Department of Agriculture (USDA), and the U.S. Department of Commerce are available to fund broadband deployment, and the State Broadband Office will seek to educate local leaders and to be a resource for towns, cities, and ISPs looking for funding from these federal programs. 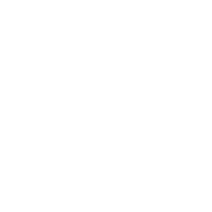